Who we are isn’t a simple question for Herzog’s. Since we sell more than 50,000 products it’s tough to narrow it down to just one word.

Our staff will always go the extra mile to help get any problem solved. We strive to hire people that know their area of expertise extremely well.

We make sure our staff provides reliable honest information to fill our customers’ needs and build strength in those relationships. We understand loyalty works both ways so we treat everyone fairly and with respect, so they come back.

We prioritize tradition but pivot with change. We made it through the Roaring Twenties and the Great Depression, all the way through the 2008 Financial Crisis and the pandemic with perseverance and grit. Because it has the family name, we guard that with our life as we have weathered every storm.

Our dedication to customers and employees runs deep.  For over 110 years we’ve provided outstanding expert service with quality products.  We realize our employees are the future, so we encourage them to gain new skills and give them opportunities for growth.

For more than 110 years our family roots have been serving our community.  We live, work, and raise our families in this neighborhood and enjoy the countless relationships that have grown from our business.

Herzog’s rich history spans for more than four generations. If Mathew Herzog stepped into any of the Herzog’s stores today, he would be proud to find the same values that he established over 110 years ago. Working daily with family members in order to run a successful business requires trust, commitment, and a desire to improve with each passing year. Even though it is a family-owned business, our employees are special people who treat it as if it were their own business. Our strength is in our employees. It’s rare to have employees stay for over 40 years but that’s what happens at Herzog’s – you’ll find best friends work here. Many employees spend time in the evenings and weekends fishing, swimming, watching their kids play sports and laughing with one another. Herzog’s is a true family workplace and we are proud of our heritage.

Matthew Herzog began his business career with a paint, wallpaper, and picture framing store on May 10th, 1909 at 293 Wall Street in Kingston, NY. He opened with one employee, the late Leo Grogan. A horse-drawn wagon was used to make deliveries. “The first year’s business,” said Mr. Herzog, “totaled $7,002.00.”

Mr. Herzog purchased and moved the retail business to 332 Wall Street in 1917.

The entire business was managed by Mr. Herzog alone until the year 1929. This is when his son, Robert H. Herzog joined, following his graduation from Yale University. It has been said that Robert Herzog was a mathematical wizard who could add a column of 4 and 5 digit numbers faster than an adding machine.

In 1935, he purchased the former Mitchell House on North Front Street. A major contribution to the modernization of North Front Street took place with the addition of a complete red brick veneer in 1947. This expansion also marked the milestone in the expansion of a local business enterprise.

By 1947, Herzog’s wholesale business supplied 250 other stores within a 75 mile radius. This radius was covered by four salesmen. The wholesale accounts received exceptional service. This was mostly because the merchandise was delivered right to the door.

By November of 1948, the completion of a 17,000 foot warehouse space was a necessity for the ever-growing wholesale business. At this time, the Herzog organization employed 52 local people. Along with their families, these employees were completely covered by accident & life insurance, as well as hospitalization. All of these costs were paid by Herzog’s.

In the early 50’s, Robert Herzog purchased Kingston Lumber Company and the bordering cornfields. During the early 60’s, he created the Kingston Plaza (now a division of Herzog Supply Co.). This is where he developed what is now a 312,115 sq. ft. Home Center and a 34-store shopping center.

In March of 1957, Herzog’s had emerged as the leader in hardware and interior decorating while holding demonstrations at the store for their clientele.

1959 marked a half century of progress for Herzog Supply Company. It was the story of the growth of a private business from a small paint store opened in 1909, into a large, diverse organization which served a wide-spread area. They employed 55 local people, covered 6,500 square feet of floor space , and did so all while supplying 300 retail stores within a 80 radius.

During the early 60’s, Robert Herzog created the Kingston Plaza (now a division of Herzog Supply Co.). This is where he developed what is now a 312,115 sq. ft. Home Center and a 34-store shopping center.

In 1971, the current Herzog building was added to the Kingston Plaza. The store relocated to its current location from Wall Street.

In 1985, Bradley Jordan joined his grandfather, Robert Herzog, in running the day-to-day operations of the ever-growing Herzog Supply Co. enterprise.

Bradley Jordan took over as President following his grandfather’s death in 1992. Bradley was joined in the business by his brother, Todd, shortly thereafter.

In 1995, Herzog’s partnered itself with the nationally advertised True Value Company. This member-owned co-op guaranteed the buying power necessary to compete with the national big box chains. During the same period, Herzog’s Home Center underwent complete and thorough remodeling. The remodeling included the addition of its Garden Center and the computerization of its retail operations.

Later, Herzog’s opened a Service Center for power equipment. This went together with expanding their sales of lawn mowers to tractors, of snow blowers to chainsaws,  and of generators to other power equipment.

Continuing to expand its original product line, Herzog’s opened Hudson Valley Paint and Decorating on Rt. 55 in Poughkeepsie in 1995. A Wappinger’s location in Lawrence Farms was also added in 1998.

Expansion with its paint and decorating concept stores continued in 2002 with the acquisition of Miller Paint : a 70-year old paint dealer in the Capital District.

2006 welcomed further enhancements to the existing Herzog site in the Kingston Plaza. This included the state-of-the-art Kitchen and Bath Design Center. Together with the Home Decorating Department and a newly renovated Paint Department, these areas employ more than a dozen people dedicated to Kitchen/Bath and Home Design services and sales, including free design and consultations.

In 2009 Herzog’s employs 100 local employees with annual sales in excess of 20 million dollars.

2013 brought a re-branding for their 4 satellite paint stores and the home center business located in Kingston. In order to be more uniform in business and marketing strategies, all stores are now under one name: Herzog’s Home and Paint Centers.

In 2018 the Garden Center expanded its outside footprint by designating 8,000 sq. ft of parking for the sale of bagged soil and mulch products. In addition, that year Herzog’s hosted a community event to showcase a newly renovated Kitchen & Bath Design Center featuring custom cabinetry and the latest trends in countertops.

The new decade called for improvements to Herzog’s lumberyard. In 2020, all lumberyard buildings received a fresh coat of Benjamin Moore paint as well as updated underground drainage which made way for an additional 1.5 acres of designated space to stock the expanding lines of hardscape pavers.

The wake of the pandemic brought supply chain obstacles and increased shipping prices around the country. To tackle business demands, Herzog’s added strength and versatility to their impressive truck fleet. In 2021 a Kenworth tractor trailer, that can haul either a 36′ or 45′ trailer, joined the family.

I like IT, I want IT. Daltile days at @Herzogs_hom

Root Candles are environmentally friendly, and hav

Lovely evening down at the @ulstercountychamberofc

Super excited to be touring the @huttonbrickyards

I like IT, I want IT. Daltile days at @Herzogs_hom

Root Candles are environmentally friendly, and hav

Stay in touch for sales, news and events. 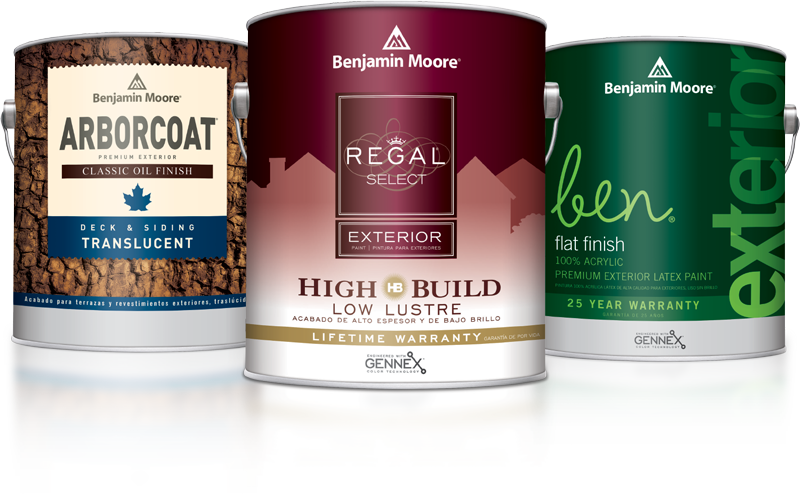 Offer valid for $7 off Herzog’s suggested retail price per gallon of up to 5 gallons of Benjamin Moore® premium products. Excludes Aura®. Must present coupon to redeem. Products may vary from store to store. Subject to availability. Retailer reserves the right to cancel this offer at any time without notice. Limit one per customer. Cannot be combined with any other offers. See store for details.

WE CAN HELP YOU WITH YOUR INTERIOR DECORATING PROJECT

Lear More About Our Design Center